The Battlefield series goes back to its roots in a never-before-seen portrayal of World War 2. Take on physical, all-out multiplayer with your squad in modes like the vast Grand Operations and the cooperative Combined Arms, or witness human drama set against global combat in the single player War Stories. As you fight in epic, unexpected locations across the globe, enjoy the richest and most immersive Battlefield yet. Now also includes Firestorm Battle Royale, reimagined for Battlefield.

* Firestorm Battle Royale, reimagined for Battlefield. Dominate on the largest Battlefield map ever with epic weapons and combat vehicles as a deadly ring of fire closes in. Scavenge, fight, and survive to become the last squad standing.

* World War 2 as You’ve Never Seen It Before Take the fight to unexpected but crucial moments of the war, as Battlefield goes back to where it all began.

* 64-Player Multiplayer in the Chaos of All-Out War Lead your Company in all-out multiplayer with new experiences like the massive Grand Operations mode. Take on classic modes like Conquest or squad up with friends in the cooperative Combined Arms.

* The Most Immersive Battlefield Yet Maneuver through the battlefield using a new soldier move set, fortifications, and mobile tools of destruction.

* Play Untold War Stories Witness human drama set against global combat in the single player War Stories. Ski down Norwegian mountains as you battle for control of nuclear weapon supply lines, join the frontline with the French colonial troops, or go behind enemy lines in North Africa with a band of misfits sent to create mayhem.

* Tides of War Embark on a journey where new content drops continuously transport you and your Company to a huge variety of key WW2 locations, where new battlefields and gear await. 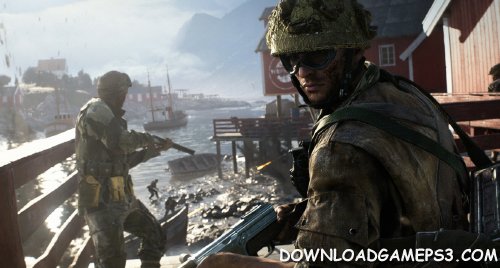 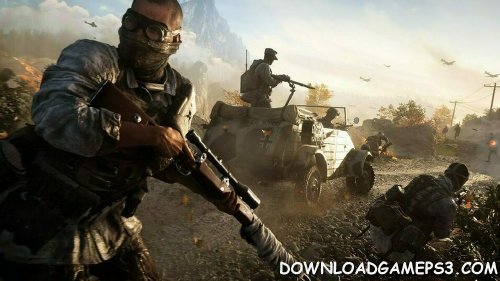 couldn’t you uploaded them on 2gb by part ?

it is in latin spanish?, someone can tell me pleaseeee

part8 is offline or something

you use link ?
check all work for me
try again

you use link ?
now check all lnk work for me

5.05 fix https://mega.nz/file/pVYEEIQD#mBiOoFSn6xMGZyhmJ-U6r9k3zqD6XoBu9GeSa9SYSE4 should run.. nice day you all

can it run without update replay me fast bro

Can this will run on latest PS4 software version ? I need help.. thanks

In which order should the pkg files be installed?

can someone please provide a fix for the update 1.26 ?

check part 1 work for me
view my photo, i try download with chrome

do I need to download the 50gb update file to run the game? becoz that is too big for the size