BioShock Infinite: Welcome to the city of Columbia. Floating amongst the clouds, cruising far above sea level, this is a place unlike any you’ve ever seen. Please enjoy your voyage…

The third game in the popular Bioshock series, BioShock Infinite breaks away from the underwater setting of the first two games to take players into a floating city held aloft by dirigibles. The game is set in 1912. You play as Booker DeWitt, a disgraced former private detective who’s picked up a new case. Your goal is to find Elizabeth, a young woman who’s gone missing and return her unharmed. The only problem is that she’s being kept on this flying city. Columbia was once a symbol of America’s success as a nation, floating around the world as a traveling World’s Fair, a marvel of human innovation. But strange things have happened since Columbia’s unveiling in 1900, and now the city has disappeared into the clouds. DeWitt knows how to find it, but over the years stories have been told about Columbia having unlawful heavy armament and deranged citizenry. Do not expect this to be a pleasure cruise. 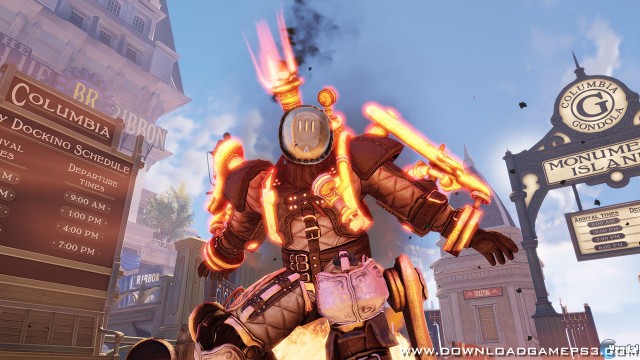 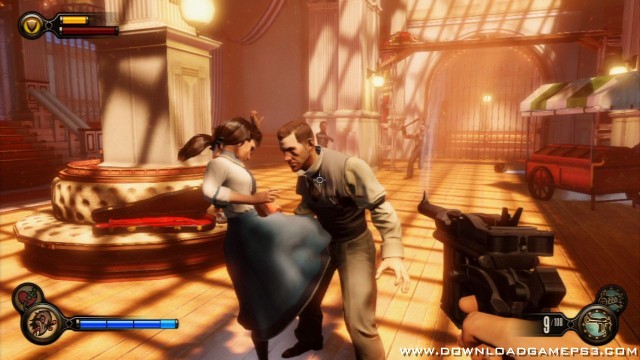 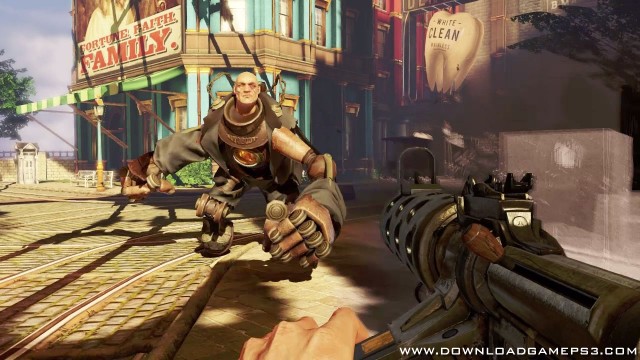 Thank you so much. This game is cult. Works nice with dlc and in French of course.

I had the same issue, here’s how I fixed it: 1. Delete the game from your PS3 drive and all of its data in “Game Data Utility”. Don’t delete your saves. 2. Copy the game files again, but don’t use FTP (Filezilla, etc…) Copy the game in a usb drive and then paste it in your PS3 using Multiman. 3. Don’t launch the game just yet. You need to install the 1.07 update first. 4. After the update, install the dlcs and their fixes. 5. Finally, launch the game. I’ve been playing for several hours now and I’m not getting… Read more »

Did you ever find a solution for disk read error?

what dlc files? someone can tutor me for make file dlc?

BLUS30629 Game loads title screen but then I get a disc read error. Tried updating game and switching to bd mirror mode in game settings but no luck. Any ideas what else I can try? Maybe resign eboot?