Note: Update v1.06 will only work with the provided Base Game. Repackage to make it work with your own base.

– PS4 Pro Enhanced pack.
– Increase the visual fidelity of The Handsome Collection and its DLC with this Ultra HD texture pack.
– Upgrade game textures such as characters, vehicles, weapons and environments.
– Players will best appreciate detail at 4K UHD resolution, but improvements can be enjoyed on other displays.
*PS4 Pro required to install. 4K display required for 4K UHD resolution.

– Return to the award-winning shooter-looter for an all-new adventure that sets the stage for the upcoming Borderlands 3.
– Sanctuary is under siege, the Vault Map has been stolen, and a toxic gas is poisoning Pandora.
– Battle new bosses, explore new areas, collect new loot (including an entirely new tier beyond Legendary).
– Join up with Lilith and the Crimson Raiders to take on a deranged villain hell-bent on ruling the planet.
– Returning players can pursue an increased level cap of 80, while newcomers can automatically boost to level 30 and dive straight into the action.

Two critically acclaimed Borderlands games in one package – experience Handsome Jack’s rise to power in Borderlands: The Pre-Sequel and his reign as maniacal Hyperion CEO in Borderlands 2. 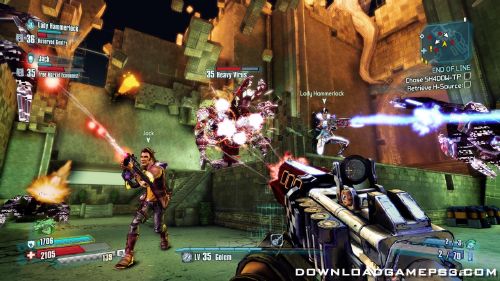 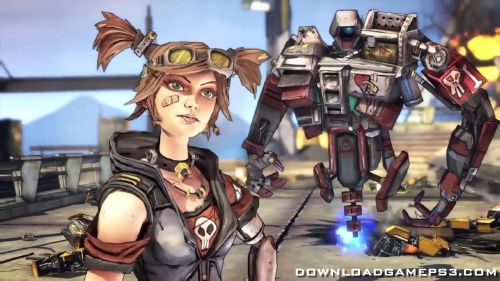