KINGDOM HEARTS — A role-playing game like no other, this is the breakthrough RPG game that first joined the worlds of Disney and Square Enix. Embarking on a quest to find lost allies, you’ll battle vicious boss characters and wily enemies in real-time combat.

KINGDOM HEARTS RE:CHAIN OF MEMORIES — Sora, Donald and Goofy travel down a long road that meanders through endless fields, and come to a crossroads. As Sora stands in the crossroads, he gazes up at the night sky and thinks of his lost friends. Just then, a mysterious man approaches from down one of the branching paths. “Ahead lies something you need,” he says, “but to claim it, you must lose something dear.” The man vanishes before a single path, leading to a castle that eerily resembles a girl’s drawing … In the coming journey, what will Sora and his companions gain, and what will they lose? 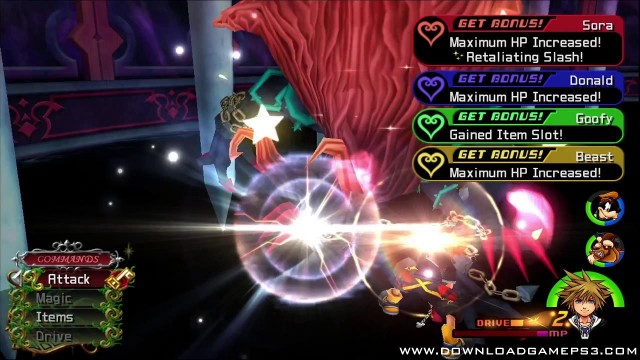 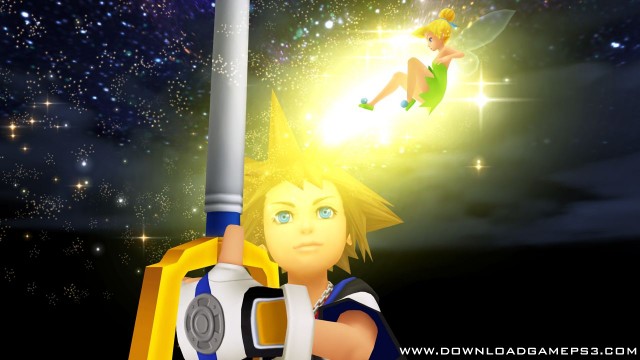 This is not working for me on my 4.84 REBUG DEX console. I tried it how it is (in folders) and then converted to ISO. Thoughts?

Could you solve it? 🙁

how did you make it work, not working for me, the BLUS version, stuck on black screen

NO SPEEKING SOUND AFTER PS3TOISO USE SOFTWARE!!

GAME WORKS WITH BACKROUND SOUND ONLY

Here the same thing. I already tested both releases and none of them worked fully. The sound of the voices just dont work.

Is there an english patch with this

Whst is the speaking language?

I also have problem with the speaking sound, that is the only problem that i round.

I’m sure that i download the Eur version, b ut rpcs3 read it as USA version

hi, I have a problem with dubbing.
I would like to change the dubbing from Japanese to English, is it possible?

Cutscenes in KH re:chain of memories doesn’t work.
Looking inside the files it seems there are only KH1 cutscenes.

Don’t continue this game, after 13F (after defeat Riku and Larxene) I tried to enter in the gate and receive a black screen. I tried to download other releases from here but nothing show results…and I’m not in the mood to download the european version and start all over again.

no pkg for hen?

https://filecrypt.co/Container/8E62B57A45.html is the part 2 of this link still available it says I have to wait to have acces but I only have that problem with the part 2 so I wanted to be sure